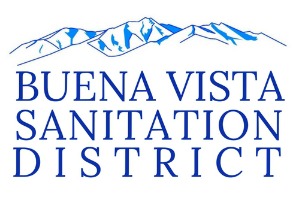 An agreement between a Developer and the Buena Vista Sanitation District

THIS CONNECTION AGREEMENT ("Agreement") is made and entered into effective the date set forth below by and between BUENA VISTA SANITATION DISTRICT, a Colorado Special District ("District"), and the developer identified below ("Developer"):

WHEREAS, Developer is the owner of the above described land located in Chaffee County (hereinafter referred to as the "Service Area");

WHEREAS, the District is the owner and operator of a sewage disposal system serving customers in the Town of Buena Vista and in certain adjacent areas; and

NOW, THEREFORE, in consideration of the promises and agreements herein contained, the District and Developer agree as follows:

The Developer represents as follows:

(a)        Developer intends to construct a collection system extension described on Exhibit A attached, which exhibit shows the location and size of the proposed lines, the location of manholes, if any, and the location and size of the main outfall sewer line which is part of such system ("CSE"), the number of residential and commercial taps to be served by the CSE, the boundaries of the Service Area, the point of connection to the District's system and the expected completion date.

(b)        Developer has retained the engineer shown above to prepare plans and specifications for the CSE.

(c)        Developer has the financial ability to pay for the CSE and other charges provided for hereby.

The Developer agrees to perform the following agreements as a condition to actual commencement of construction of the CSE:

The Developer agrees to perform the following agreements in connection with the actual construction of the CSE:

(a)        To construct the CSE in accordance with the District's rules and regulations and Developer's plans and specifications as approved by the District and are applicable when the developer begins construction.

(b)        To furnish the District copies of all existing and future surveys, as-built drawings, and plans and specifications, both as proposed and as used in connection with the construction of the CSE.

(d)        To not bury any lines or connections until field inspection thereof has been made by the District and required correction work, if any, performed.

(e)        To not connect any service line to the CSE until appropriate tap fees have been paid to the District, and the applicable sewer easement has been conveyed to the District.

(f)         To reimburse the District for all reasonable and necessary engineering and legal costs incurred by the District in connection with this Agreement up through the time of the District's Preliminary Acceptance.

The Developer agrees as follows with respect to operations and maintenance of the CSE:

(b)        Upon request by the District, no sooner than two years after the Preliminary Acceptance, the District will assume responsibility for operation and maintenance of the CSE.

The District agrees as follows:

(a)        To provide and make available sewer service to Developer in sufficient quantity for Developer to service the number of residential taps shown above in its Service Area pursuant to this Agreement.

(b)        In the sole discretion of the District, to preliminarily accept the CSE upon the date of its completion (the "Preliminary Acceptance"), provided, however (i) that at least one (1) single family residence, or the equivalent thereof, is then being served by the CSE on a year-round basis, (ii) that Developer has constructed the CSE in full compliance with the rules and regulations of the District, (iii) that Developer has constructed the CSE in accordance with Developer's engineer's plans and specifications as approved by the District's engineers; (iv) that the CSE has been sufficiently tested by actual use to show that it is operable and free of defects; and (v) that on said date Developer is not in default under any terms or provisions of this Agreement. The District shall inform Developer of the date of Preliminary Acceptance in writing.

(c)        To finally accept the CSE two (2) years from the date of Preliminary Acceptance, provided that on said date Developer is not in default under any terms or provisions of this Agreement.

The parties agree as follows:

(a)        After the Preliminary Acceptance of the CSE, the District will reimburse to Developer all or a portion of Developer's CSE Construction Cost by paying to Developer the following:

(i)         If, at the request of District, the Developer installs a larger sewer pipe for the CSE than is needed to service the Service Area, the District will reimburse the Developer for the marginal cost of the larger size pipe as certified to it by the District's engineer no later than thirty days following the Preliminary Acceptance Date.

(b)        The Developer hereby indemnifies, saves, defends and holds the District harmless from any and all claims, costs, injuries or other damages (including reasonable attorneys' fees) caused to it and arising from construction, operation or maintenance of the CSE by the Developer. Such obligations shall continue until such time as the District has finally accepted the CSE and the CSE has been transferred to it provided this indemnity shall continue for an additional five years thereafter with respect to any latent defects in the construction relating to the CSE which the District did not know about or reasonably could not have known about at the time of transfer of the CSE to it.

(d)        This Agreement shall bind and benefit the parties hereto and their successors and assigns. The District acknowledges and agrees that Developer may assign all of its rights hereunder to a corporation to be formed which will be controlled by Developer; provided, however, such assignment shall not relieve Developer of any of its obligations hereunder.

(e)        In the event of any litigation or arbitration arising out of this Agreement, the court or arbitrator shall award to the prevailing party all reasonable costs and expenses, including attorney fees.

SIGNED as of the effective date.